This is the first of my quarterly updates on Refereum’s engineering team. In these updates I’ll give an insight into what we’ve been working on during the previous quarter, introduce some of the new team members, and give a brief overview of what we have planned for the next quarter.

Before I begin, I’ll give a little background about myself and how I came to be the CTO of Refereum. The story began one fateful night many years ago when I was out playing arcade games at a local meetup. I ran into Dylan as he was travelling to Australia (where I live) while studying abroad. We instantly hit it off and realised we were kindred spirits. We started making some hobby games together then realised we should actually build something and release a game together (which you can buy with RFR here). We then started working on our next game with the premise of paying streamers and players to play the game and help grow its audience. We ran into a bunch of hurdles with payments, legal issues and no easy way to organically grow our user base without paying crazy prices to advertising companies.

I had heard about Bitcoin and began mining Ethereum and teaching myself Solidity during that time. Dylan called me up one day with an idea he’d been mulling over for a while and suggested we solve those very same problems, but not just for ourselves, for all game developers. Dylan had put together a whitepaper for Refereum and I jumped at the chance to help him craft it. From there things went into overdrive…

From Zero to Two

If running a successful startup is going from zero to one, then running a successful crypto startup is going from zero to two. It was only a few short months ago that Refereum was just Dylan and I jamming away in our respective houses. Since then, we’ve had a successful token sale, awarded hundreds of thousands of dollars worth of Refereum tokens in our first 3 seasons, and increased the engineering team from one person (me) to eight, and we’re only just getting started.

What began as an idea tossed back and forth in mid-2017, transformed into the first company to sell video games on the blockchain, broke multiple Telegram room user limits and grew our community to over 850,000 users. We now have two major products we are working on with two development teams lead by some of the best developers in the world.

Far and away the most well known part of Refereum is the website, a place where anyone can create an account and start earning RFR tokens just by playing, watching or streaming games. These tokens can then be used to buy video games, the transactions of which are stored on the blockchain, forever. Much of Refereum.com’s work is done behind the scenes with a suite of microservices that interact with the blockchain, Twitch, Discord, and Telegram.

Even in Refereum’s early days, we made it our goal to continually strive to roll out new developments and progress to the platform. We’ve been through two complete redesigns of the website already and we’re working on a new one now. We’ve made it a consistent mission to improve our fraud detection so that only real users get rewarded for joining the platform and playing, streaming and sharing games. We’re also continually adding new games to the platform and we currently have a backlog of new games we will be adding over the course of the coming months. If there’s a game you would like to see on the platform, please reach out to us or the game developer and we’ll get in touch. Check out our newest featured game, Nex Machina.

The dev team at Refereum loves bots. There’s something poetic about standing (or sitting) at your desk alone all day while a bot you created chats to over a hundred thousand people in Telegram and Discord. During the token sale, our bot worked overtime to keep order in the world’s largest Telegram group while thousands of people bombarded it with spam and scams. The bots have done an amazing job leveraging the power of our awesome moderator teams on Discord and Telegram. We’ve recently released our trivia bot that lets all of our 100,000 Telegram users join together to answer trivia questions. Once over, the bot automatically sends RFR tokens to the trivia winners via the blockchain.

As many of you have heard by now, we’ve just launched our newest product — the Refereum Growth Engine! When we began building the Refereum platform, we realized that it had the potential to benefit not only the gaming community but tons of other companies interested in fostering engagement and growth in their respective communities. We are so excited to be able to give other companies the ability to tap into their communities in the same way we’ve done with Refereum. This doesn’t mean we’re shifting our focus away from helping gamers and streamers get paid for doing what they love, it means we’re widening our reach as a whole to continue helping the people that were here from the beginning in addition to people outside of the gaming sphere. We can’t wait to see where the Growth Engine goes and the ways it will help other companies reach their full potential!

We’ve grown the engineering team from one to eight developers in the past quarter. We’re always on the lookout for top programmers so please drop us a line at team@refereum.com if you are a web or blockchain developer interested in sharing your talents with us. Among the new hires we have the following team members I’d like to highlight:

Katiee — We love our community and so we jumped at the opportunity to hire Katiee who has been a fan of Refereum from the beginning. Katiee looks after our ever growing array of bots as well as the new Twitch extension we have begun work on.

Cliff — Cliff and I worked on Battlestar Galactica together many years ago, and we were excited to work together again on Refereum. Cliff has taken charge of Refereum.com and is working on some exciting new additions we will be rolling out over the coming quarter.

Scott — Scott has just joined us from Thoughtworks and is bringing top industry practices to help the team reach its full potential. Scott’s helping us with strategy as well as increasing the dev teams velocity and quality.

As the team continued to grow, we suddenly realised that Dylan and I hadn’t been in the same room together for years. The solution was the first of what will be my many trips to the USA. We’d been planning it since the start of Refereum, but I had been so busy I just couldn’t tear myself away from my keyboard. Eventually we all agreed the servers would be okay for the 12 hours I needed to be on a plane, and so off I flew to San Francisco to reunite with Dylan without the usual 1–2 seconds of lag.

It was great to hang out in Dolores Park with Dylan and reflect on the amazing journey we’ve taken. Even better was meeting the whole team and spending a couple of weeks with them building the plan for the coming months and years and bouncing around ideas of improvement as we continue to grow Refereum’s amazing community.

We’ve had a fantastic first quarter since the token sale, but this is only the beginning. One of my main goals for the coming quarter is to double the dev team size to ensure we can build all the things that we’ve been planning and discussing. We’re working on a new quest system to bring streamers and gamers closer together and to help us meet the demand from all the game developers we’ve met along our journey.

In addition to these new developments and exciting plans for growth, we’re also making improvements to all of the parts of Refereum we’ve created so far. This includes making it easier to sign up, improving aesthetics to the site as well as updates to the backend to handle the incredible growth in users.

We’re excited to show the world all the new things we’ve been working on and we would love to hear from you, our community. Drop us a line at team@refereum.com if you’re a developer that would like to join us or if you have suggestions on what you’d like to see Refereum do next. You can always speak to a member of our team and other members of the community in our Telegram or Discord groups, too.

Have you heard about the Refereum Growth Engine? Maybe you have, but, like a lot of the Refereum community, you weren’t sure what it was, what it does, or 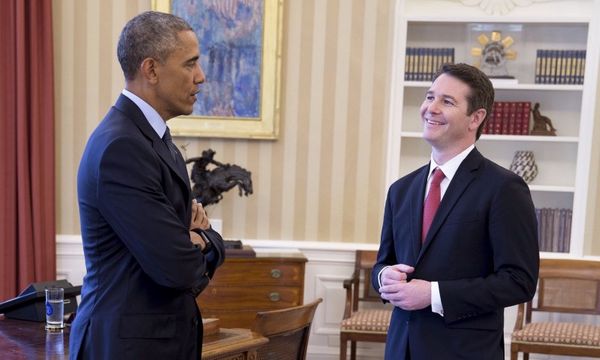 We’re excited to announce we have launched our newest enterprise product — Refereum’s Growth Engine! Our Growth Engine is a powerful tool that offers Refereum Enterprise clients the opportunity